Bluegrass isn't the genre, it is the medium. Although Frank and Dirty Kitchen is an award winning bluegrass band, the musical exploration that happens is both intriguing and compelling. This journey is cast in the talent and diversity of each member, and in a very short time has put the band in an exclusive echelon among the very best. This band will nail it. Their latest release Cold Spell landed them a 2015 GRAMMY Nomination for Best Bluegrass Album followed by an eight award sweep at the 2015 WAMMIES, and Frank Solivan & Dirty Kitchen, IBMA's 2014 Instrumental Group of the Year.

Frank Solivan left the cold climes of Alaska for the bluegrass hotbed of Washington, D.C., where he built a reputation as a monster mandolinist — and become a major festival attraction with his band, Dirty Kitchen. Solivan, with banjoist Mike Munford, 2013 IBMA Banjo Player of the Year, award winning guitarist Chris Luquette and doghouse bassist Dan Booth, simmer a bluegrass/newgrass stew from instrumental, vocal and songwriting skills so hot, they’ve been named Washington Area Music Association’s Best Bluegrass Band of the Year for four consecutive years. "If Tim O’Brien and Alison Brown ever had a love child, it might just be Frank Solivan. This newgrass/bluegrass foursome spirals through skin-tight banjo picking, razor-sharp mandolin and jazz-tinged concentric circles – all with a degree of control that balances technical precision and improvisational virtuosity." - Siobhan Long, Irish Times http://dirtykitchenband.com/ 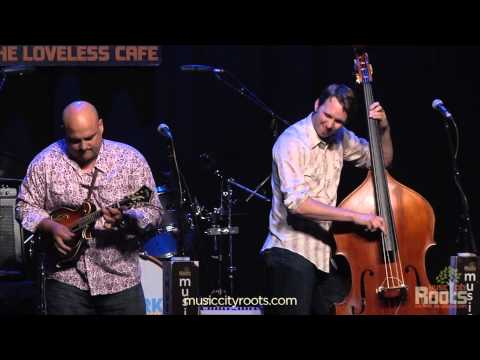